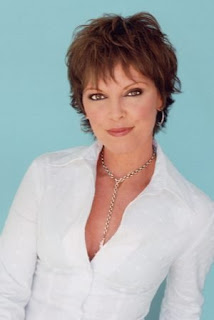 The hubby and I had a busy weekend. First we got up early on Saturday and headed to Puyallup, WA for the Comic Evolution benefit "Be A Superhero for Babies" fundraiser. Our friends Randy Kintz and Jason Metcalf were going to be there sketching and there was a huge silent auction that all benefitted the March of Dimes.

Jim and I were blown away at how awesome Comic Evolution is! It is the neatest, best arranged shop I have seen in a long time. Owner Chuck Messinger has a vision that has become one of the coolest realities ever brought to life in comic retailer format. There is amazing original art and prints on the walls, tons of back issues, a great wall of new books, and an amazing amount of trades and graphic novels. He also has a wall of action figures and numerous busts and statues. It is the kind of store a reader WANTS to go to. Needless to say, I wish I lived closer.

We were lucky that day to see Clayton Crain and meet Paul Gulacy. I was a bit taken aback and flattered when Gulacy thought I was part of the "talent". LOL. Nice guy with great stories and a larger then life presence, he did a wonderful Green Lantern sketch for Jim. The lucky hubby also got a Spider-Girl sketch from Crain.

I bid on a piece of original art from Alias by Michael Gaydos and won it! We are currently trying to figure out how to get it here as I had to leave early. Jim bid on a few pieces but was outbid at the end.

On Sunday we went and saw Pat Benatar at Legends Casino. We didn't know what to expect, but we both knew we really wanted to see her in concert. Benatar didn't disappoint! She sounds remarkable and has a sweet sense of humor. Her husband Neil Giraldo is the guitarist of the band, and they really seemed to be happy to be performing together.

The concert lasted about an hour and a half, but it could have gone on all night as far as I was concerned. Benatar played many of her hits and the crowd really warmed up. Speaking of warm, did I mention the concert was outdoors and that it was in the high 80's when we got there. Lots of sunscreen and care to cover up saved us sunburns!

It isn't often that I get to have such an action packed weekend, so this was a real treat. Normally I am working or we have some kind of project going on here at home! I wish every weekend could be this much fun, but with unlimited money and time all week to recover!

Happy almost Wednesday to you!

I love Pat Benatar. I've seen her twice in concert and really liked her.

John, she is absolutely amazing, isn't she? That voice is pure gold. :-)