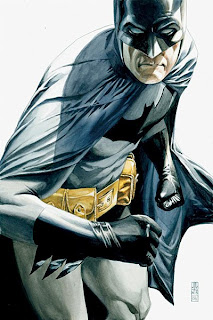 Here we are at Comics Fairplay, experiencing the joy that is week two of five titles a month. Woo hoo... not. As explained in the previous post, after much soul searching, it was decided that major cutbacks were in order. Because of said cuts, my comic for the week is:

Supposedly the you-know-what really hits the fan, so it should be good reading.

If I get lucky and obtain enough extra money I may pick up two more books. They are:

Not getting those eight above-mentioned books is a savings of $23.92, which will pay a good portion of the electric bill. Not nearly as fun, but pretty important!
What are you picking up this week?
Posted by Heidi Meeley at 8:51 PM

Yeah, the economy is really hurting the ol' comic book budget for many of us. :-( It's a shame.

Yeah, the economy is really hurting the ol' comic book budget for many of us. :-( It's a shame.

And yet, Marvel thought this was the "perfect" time for a cover price increace of a whole dollar. There's the REAL shame!

Sea_of_Green- it is just painful to make these cuts! I am having a little bit of nonn-buying remorse. :-)

I am hoping for better times ahead.

Well despite my best intentions to try and be strict with bying stuff At the last minute I added the Obama/Spiderman book to my purchases. I do not expect it to be any good. And having just looked at the price (£2.90) that's nearly a quid above my DC books. It's a bloody good thign I don't follow Marvel if that's their normal price.

I reminded my comic dealer Scott that under the Superhero Registration Act of 2006 that this so-called "super hero", 'Spider-Man' was a criminal, possibly a terrorist and a suspect in "The Spider Tracer Murders". So, the new president apparently has no trouble with law-breakers. What has this 'Spider-Man' got to hide? Why won't he register? So, you won't me collecting any comic with a known criminal in it, J. Jonah Jameson was right, all these years!