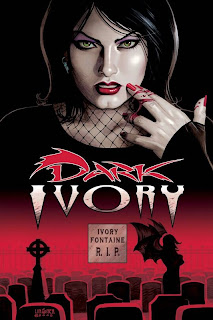 Holy Crap, it is February. I can't believe it. This just means that before I get organized, it will probably be March, right? I went and saw my family this past weekend and had Christmas FINALLY, so I had a nice time, but was really out of the loop. I know that there is a great deal of uproar about Final Crisis #7, but since I won't see it until tomorrow, I am trying to remain neutral. I hope to re-read the entire mini-series this weekend and judge it than.

In rock and roll news, I am going to see Buckcherry, Avenged Sevenfold, Papa Roach, and Raising Abel at our local venue this Thursday. I am really excited as it is the first rock concert to come to town since Motley Crue and Pantera hit our town in 1998. It sucks that the concert is on a weekday, but it is going to be okay since I can make it to Friday night and than go to bed early!

My list of comics for the week is small but fascinating. Here it is:

That is it, which is a bit odd. I am getting used to having so few comics though.

If I hadn't cut back, here are a few more I would have picked up.

Final Crisis: Legion of Three Worlds #3 (of 5)- which I believe is running late.
Secret Six #6- killer book that I am going to start getting again in March.
Witchblade #124- which I dropped with much trepidation
Secret Warriors #1- because Nick Fury is in it.
The only other book I was remotely interested in was Black Panther 2 #1. I can live without the rest, and I am happy about that. This isn't nearly as painful as I thought it was going to be. I miss the blogging about the books and having more to say here more then anything.

I will be back tomorrow to catch up on comments. For now I have to go get in front of the television- Heroes is back!
Posted by Heidi Meeley at 8:45 PM

Buckcherry are ace! I don't know Avenged Sevenfold or Raising Abel, are they in the same line as the Buckcherry and Papa Roach?
I'd love to see Pantera. :(

Saranga, I am very excited to go see the concert tomorrow night! The other bands are all hard rock like Buckcherry and Papa Roach, so it should be crazy in a good way!

It makes me sad that Pantera will never tour again. After Dimebag Darrell the guitarist was murdered on stage, my heart just sank. Pantera in concert was INCREDIBLE. If you ever get the chance, there is a concert DVD that is really cool.

I will let you know how it goes!